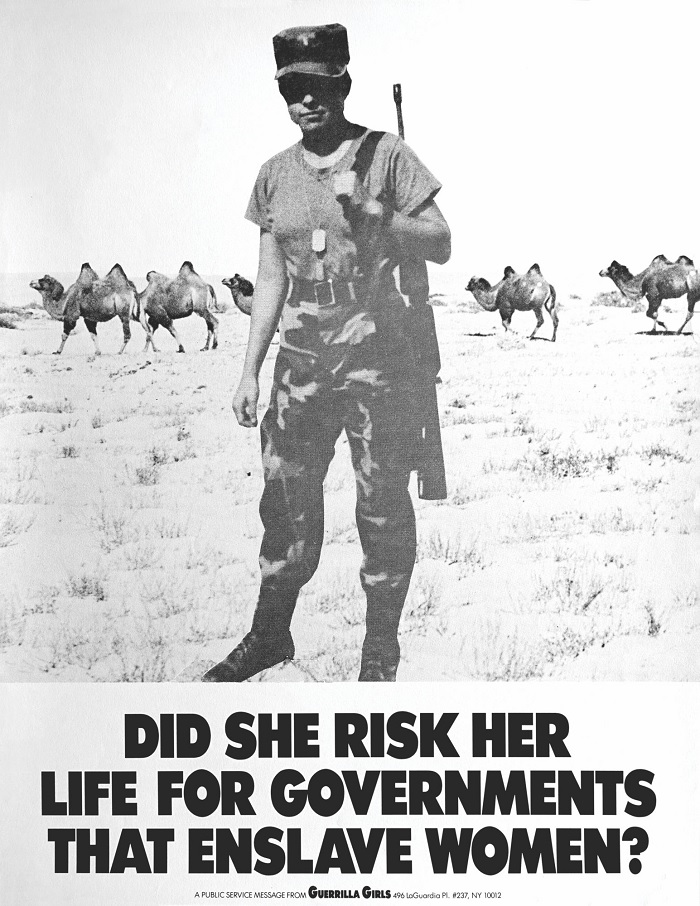 Barbarians in the Temple: The question of whether it’s good news or bad news that the Guerrilla Girls — who for three decades have made their name on storming the high temples of Modern Art that wouldn’t voluntarily open their doors for women — are now being featured in an exhibition at the Museum of Modern Art has been obviated by the immediacy of the work in question, “Did She Risk Her Life For Governments That Enslave Women?,” above, in the light of this week’s news that Donald Trump’s government is apparently preparing to hand the keys to Afghanistan back to the Taliban, more than 3,000 American and countless Afghan lives later. Poster, 1991 (!), 22 x 17 inches (55.9 x 43.2 cm). Courtesy guerrillagirls.com, © Guerrilla Girls, and featured in the exhibition Theater of Operations: The Gulf Wars, 1991–2011, opening November 2 and running through March 1 at the PS 1 space of…  the Museum of Modern Art. — Paul Ben-Itzak