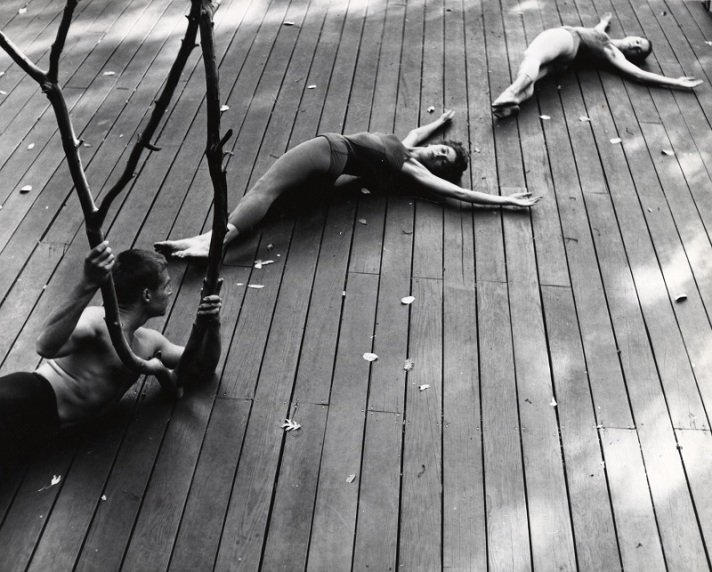 From the exhibition Judson Dance Theater: The Work is Never Done, running at the Museum of Modern Art through February 3: Anna Halprin, “The Branch,” 1957. Performed on the Halprin family’s Dance Deck, Kentfield, California, 1957. (Halprin’s husband was the noted San Francisco architect Lawrence Halprin.) Performers, from left: A. A. Leath, Anna Halprin, and Simone Forti. Photo: Warner Jepson. Courtesy of the Estate of Warner Jepson.

(To receive the complete article, first published on September 27, 2000,, subscribers please e-mail paulbenitzak@gmail.com. Not a subscriber? Subscribe to the DI for one year for just $36/year or $21 or Euros for students, as attested to by a copy of your student I.D., by designating your PayPal payment in that amount to paulbenitzak@gmail.com, or write us at that address to learn how to pay by check, and receive full access to all new articles plus our 20-year archive of 2000 reviews by 150 critics of performances and art exhibits on five continents.)